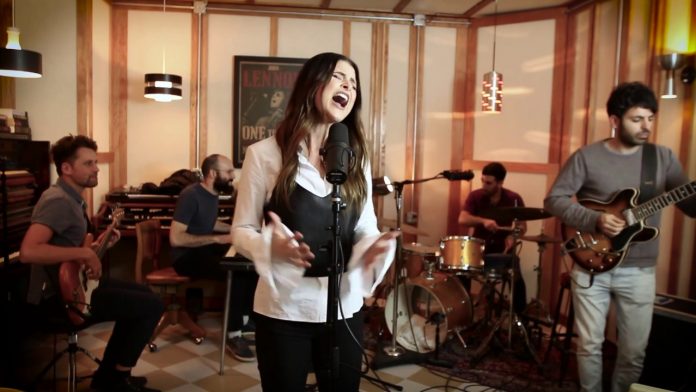 Scary Pockets are a dynamic funk band formed from the LA music scene (Los Angeles, USA). The band consists of Ryan Lerman and Jack Conte who are joined by a continuously rotating line up of quality musicians to form Scary Pockets.

Ryan Lerman spent his twenties touring as a bassist for the American singer-songwriter, Ben Folds. He also has performed as a guitarist for Micheal Bublé and as a musical director for John Legend. A very impressive back catalog of performance history. The other half of Scary Pockets, Jack Conte, is an American musician, singer-songwriter, disc jockey, entrepreneur, and filmmaker. When these two talented individuals mix their skills together, along with some of the best session musicians from the LA music scene, the results are phenomenal.

The band has covered popular songs such as Alicia Keys’ “If I Ain’t Got You” to Gnarls Barkley “Crazy” (the song in the video above). Their performances are always brilliantly filmed, capturing the musical passion these incredible musicians exude.

Along with Scary Pockets, the lead vocalist in the video above is Mario Jose. Mario is a Berklee College of Music graduate and member of the award-winning a cappella group Pitch Slapped.

Scary Pockets adds a funky style to every song they cover, twisting the original inside out and turning it into their own unique composition. They bring a funky passion, rotating lineup, and unique skill set to every single performance, it’s no wonder they have been touted as “The Best Cover Band Ever”.

The moto of the band is, “Arrange quickly and simply, have a ton of fun, and be funky.. Their music is supported by many fans on Patreon. If you like their music and wish to support their musical creativity, head over to their Patreon page for exclusive content.