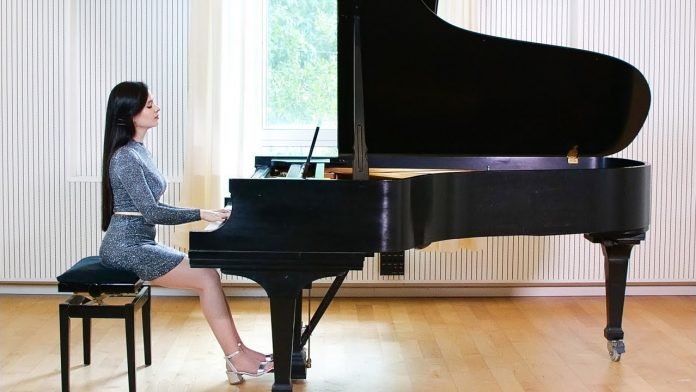 Yuval Salomon is a classical pianist with exceptional talents. She is best known for her viral videos on YouTube where she plays covers of popular songs on the piano.

Yuval was born in Israel on December 17, 1997 where she started her musical journey. She began playing the piano in 2005 and opened her YouTube channel in 2016. As of August 2020, she has gained over 28 million views across all her videos on YouTube. Her own piano arrangements, such as this brilliant cover of Hallelujah, have made her very popular with fans across the world.

Yuval is not just a social media star, she is the official pianist for the largest producer of acoustic grand and upright pianos in Europe, Petrof Pianos’. She was asked to represent the brand because her wonderful musical arrangements showcase their product in their best light.

By creating high-quality cinematic videos of her performances, her fans stay engaged right the way through her videos. One of her most popular cover song was this video below of Guns N’ Roses’ “November Rain”, which she performed alongside Kfir Ochaion.

Yuval also supplies piano lessons along with her videos. On her Facebook page, you can purchase sheet music and video tutorials so you can learn how she plays her awesome arrangements. She also supplies links to her lessons on YouTube, including a download link for the audio stream itself.

The Israeli pianist is really starting to make waves in the industry. After being featured on many large music news websites and social media pages her audience is quickly growing on Instagram, Facebook, and of course her main social channel, YouTube.