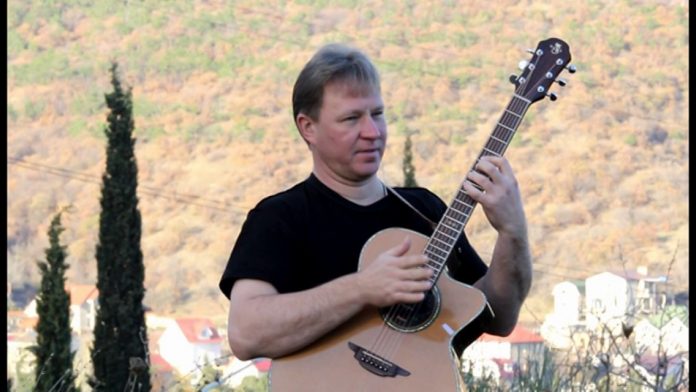 This incredible guitarist is called Vitaly Makukin. He was born in Crimea in 1975 and began his musical career when he was just 4 years old. Vitaly started his musical journey by learning how to play the piano.

At 10 years old, he was given a guitar for his birthday. It wasn’t until he reached the age of 24 that he started playing the ‘tapping’ style you see in the video below. Since then, he has mastered the style and has become a truly wonderful musician to watch performing. Green Sleaves has never sounded better than when this guitar maestro plays it.

With his influences coming from classical music, central European music, and a touch of Jazz, Vitaly has studied a wide range of genres helping him to develop his own unique style of guitar playing. His music is well structured, his playing is incredibly accurate across the fretboard and the resulting sound is melodic and great to listen to.

Vitaly Makukin is definitely an extremely talented individual. Taking the guitar tapping style which was made famous by American jazz guitarist, Stanley Jordan, and making it his own.

Previously in his career, he was an electric guitar player. Vitaly began his international career as a concertmaster – after the conductor, the concertmaster is the second-most significant leader in an orchestra.