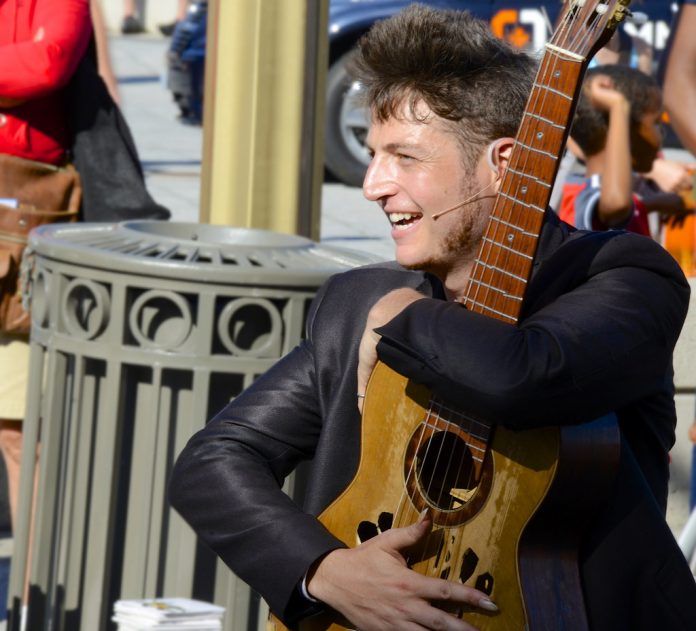 In 2001 on full scholarship Tom started his Bmus(hons) under the mentorship of Timothy Kain at the Australian National University. He received his first class honours degree in 2005. During this period Tom also had the opportunity to study with artists Geoffrey Lancaster, Pavel Steidl & Carlo Barone.

Tom is regularly broadcast on the ABC and often appears in Australian, New Zealand and Japanese newspapers. He has performed in Australia, New Zealand, Japan, London, and at Maestro Carlo Barone’s request performed an all 19th Century program at the International Condrongianos Festival in Italy (2004). Recently Tom has performed at the Darwin International Guitar Festival and represented Australia with a series of 11 highly acclaimed concerts at the Japanese World Expo.

Tom’s commitment to the guitar extends to music as a whole, he considers it necessary to explore guitar performance further through the study and interpretation of the great composers, conductors & soloists. He sees the guitar as a most versatile & expressive solo instrument.

Tom Ward from Birmingham. His EP Infections is rather good!

Without going overboard and using far too many superlatives to describe this guy’s voice, I’m just going to say ‘wow’. I stumbled across Tom Ward on tumblr, after listening to his cover of Elliot Smith, I was a little intrigued and decided to have more of a peruse…
I headed to his more ‘main’ website (http://tomward.bandcamp.com) and downloaded his freebies and I’ve fallen in love!
A melee of acoustic guitar, drums and strings has combined in his fabulous albums which I’m sure are going to be seducing my ears for a good while.