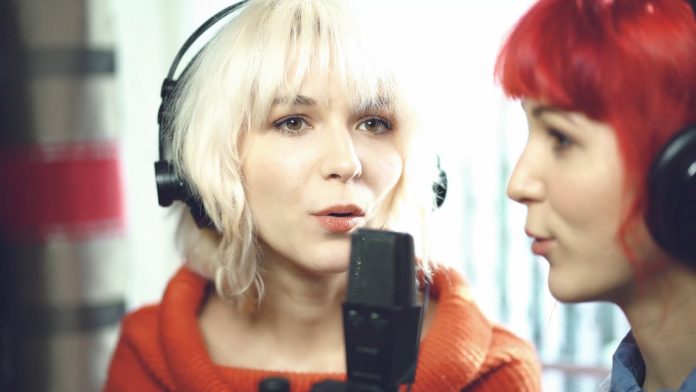 The Monalisa Twins are an awesome family band who come from Vienna, Austria. They are a pop-rock band led by real-life twin sisters Mona and Lisa Wagner.

Mona & Lisa are originally from Austria but currently live in Liverpool, England. They are well known for their YouTube cover songs of The Beatles and other 1960s music. In the video underneath, Mona and Lisa play a cover of The Beatles’ “Drive My Car”. It’s a really nice version with tight harmonies and clear vocals.

Mona and Lisa were born in Vienna, Austria, on the 16th of June 1994. They both became interested in music from a young age, eventually turning into multi-talented musicians. Mona plays the rhythm guitar, percussion, harmonica, flute, and sings. Her sister, Lisa, plays the lead guitar, ukulele, cello, and also sings!

Influenced heavily by music from the 1960s and especially the Beatles, the two Austrian sisters have learned to harmonise and play perfectly together. Their live shows usually consist of a 4 piece band with the twins up front singing and playing guitars. In the video underneath, the twins cover another Beatles song “When I’m Sixty-Four”. This is one of their fan’s favourites, as their brilliant personalities shine through in the video.

The Monalisa Twins have a producer called Rudolf Wagner, who is also their father. Rudolf has played a large role in the Twins musical growth and has continued to support them in their professional careers. Rudolf is also a musician, he plays the bass guitar and piano, he also co-writes and arranges the twin’s music. The Monalisa Twins opened their YouTube channel on the 28 of May 2008. Since then, they have gained more than 51,000,000 views across all their videos.

In the video underneath, the twins sing “While My Guitar Gently Weeps” by The Beatles. This is their most viewed video on YouTube to date.