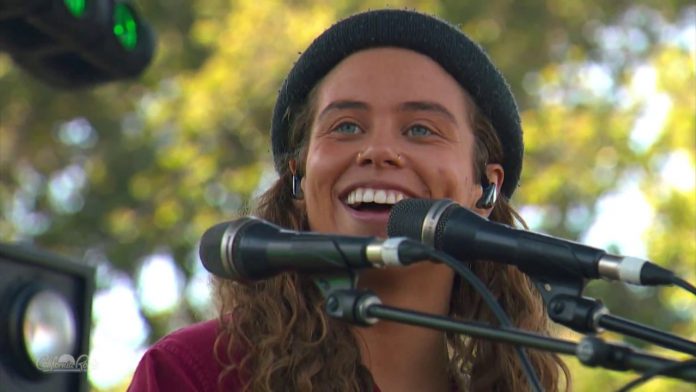 Tash Sultana has recorded some fantastic videos of herself, and some of them have gone viral! She is now in great demand playing shows at big theaters throughout the World and also stars on some of the largest international festivals.

Tash is completely self-taught. She started playing the guitar when she was only three years old. Her Grandad bought her first guitar for her. Since then Tash has learned to play over fifteen different instruments, each one to a brilliant standard. These along with her powerful vocals ensures that she is a quality act. She’s come a long way since playing at open mic nights and her busking days on the streets of Melbourne, Australia.

Since Tash’s grandfather gifted a guitar at the age of three, the self-taught artist quickly developed a unique style that has people lining up to see her play live around the world. Tash has mastered over 15 instruments, vocals that shine with a magical quality, and a live show that needs to be seen to be believed.

In the video below Tash plays another one of her own songs using a loop pedal live in her bedroom! This one is called “Notion”. It has received over 24 million views on YouTube!

The Music Man loves her style and brilliant original music which is powerful and very clever indeed. Tash has been featured several times on The Music Man’s Facebook page and was well received with great interaction.