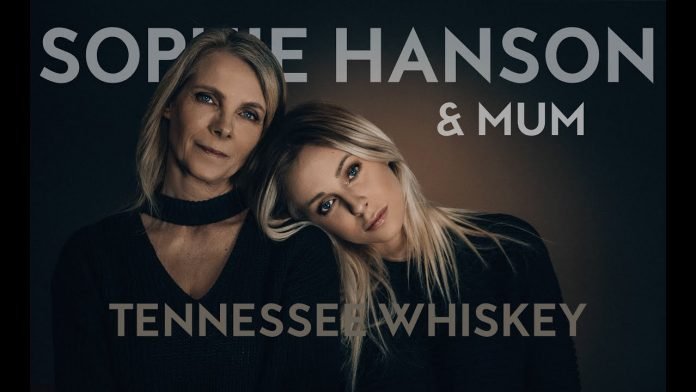 Sophie Hanson is a Swedish country-pop singer who grew up in Eskilstuna, a city in the Södermanland county of Sweden. Sophie brings a nordic twist to a well-known American music genre.


Sophie records quite spectacular videos where she performs with her mother, Christina, and sometimes her whole family! Sophie and her mother covered the song “Tennessee Whiskey” in January 2020. The song, which was written by Dean Dillon and Linda Hargrove, is a well-known “classic” across the world after it was made famous by Chris Stapleton. Their harmonies are delivered perfectly whilst beautifully capturing the emotion in this inspirational song.

Influenced by the likes of Johnny Cash, Little Richard & Chuck Berry, Sophie has a brilliant back catalog of songs to inspire her. She has great control over her singing voice, allowing her to convey strong emotions through the tone of her voice.

It’s not very often you see a family of performers where all the individual members have such incredible musical talent. The Hanson family is definitely one of those special groups.

They recorded a video that starts off with Sophie singing on her own, she is then joined by her mother adding brilliant harmonies. A minute or so into the video, the whole family is performing, resulting in a very special cover of “The Gambler” by Kenny Rodgers.

Sophie writes and records her own music, having a breakthrough in 2018 with her original song “So Long”. The Swedish population really fell in love with her song as she received lots of airplay on Swedish national radio. With such success in Sweden, she found herself being played on major radio stations in the UK, US, Australia, and India!

A brilliant singer from a family of talented performers. If you want to see more from Sophie and her awesome family of performers check out her Facebook Page or her YouTube Channel and like or subscribe to her for more incredible videos!