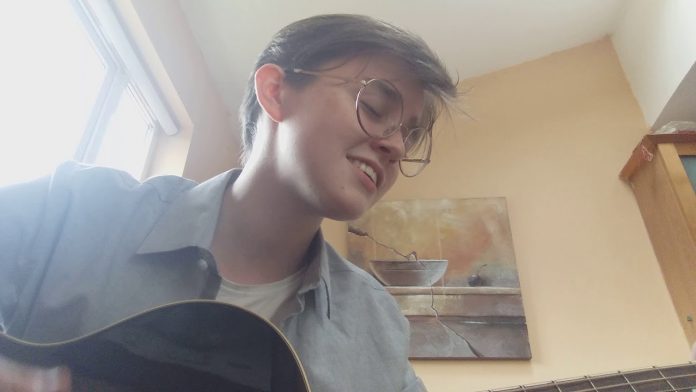 Sammy Copley is a musician who has gained considerable popularity on YouTube after uploading videos of himself singing and playing cover songs.

One of the first things you’ll notice about Sammy is how he plays multiple different instruments throughout his videos. One cover he is using a guitar the next he’s on the piano. This diversity allows him to keep his videos interesting and creative. He has a wonderful vocal tone and his soft delivery is truly a pleasure to listen to. Below is his most viewed video on YouTube.

Singing in French Sammy covers “La Vie En Rose” by Édith Piaf, who was a French singer-songwriter also noted as one of the country’s most widely known international stars. He does a brilliant job covering a song in a language he doesn’t speak.

Sammy was born and raised in Ireland and had his initial online success after uploading a video cover of Elton John’s “Your Song”. The video amassed over 82 thousand views in a very short space of time. Sammy now has videos with well over a million hits and continues to release covers of popular songs.

Sammy opened his YouTube account in the summer of 2015 and has quickly grown an adoring fan base of over 200k subscribers. With over 14 million views across all of his videos, Sammy is making a name for himself with his smooth angelic vocals.

In the video below Sammy is only 16 years old. Born in 2001, he is now 19 years old. Sammy is a self-confessed “Paul Simon wannabe” and also taking huge influence from bands such as Queen and lead singer Freddie Mercury having covered multiple Queen songs on his YouTube channel.

Sammy is a brilliant talent with many skills beyond his age. I’m sure we will continue to see a lot more of him as he grows his career.

Below is another brilliant cover by Sammy which is being referenced to as a tribute to the late Dame Vera Lynn. Sammy sings this song absolutely brilliantly, a cover I’m sure Vera Lynn herself would have enjoyed.