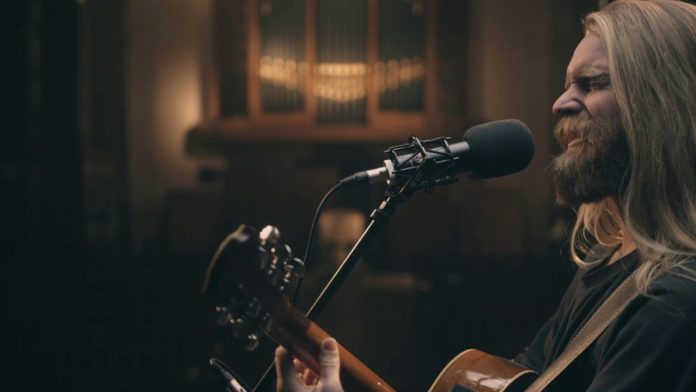 This is Sam Ryder, a singer-songwriter from London, UK (not to be confused with Sam Ryder the golfer). Sam has recently been recording himself singing cover songs and uploading the videos to Facebook.

His cover videos have been gaining lots of attention from Facebook users across the world. It’s no surprise really, his vocals are incredible, and his delivery and personality shine through with each upload. Sam doesn’t stay safe with the songs he chooses to cover either. He takes on some of the hardest, most vocally challenging songs and seems to perform them with ease.

Sam has been involved in the music industry since 2009, performing and producing music through various projects. He formed a rock band called “The Morning After” who went on the release two albums. Both albums, “You Can’t Hurt Steel” and “Legacy” became very popular selling thousands of copies each. The band last posted on Facebook in 2014.

In 2010, Sam was invited to tour with the 80’s glam metal band “Blessed By A Broken Heart”. The band was formed as a concept band in 2003 by Tyler Hoare. They asked Sam to perform and write with the band where he contributed to their Billboard charting album “Feel The Power”.

In 2013 Blessed By A Broken Heart released an album called “Line In The Sand” which gained popularity resulting in placements on MTV, NHL2015, and in an MGM feature film “Max”.

Sam has now self-released his own debut solo EP in March 2020. His Facebook page is growing a large following of “super fans” who adore his voice. The mix between showmanship, his vocal talents, and the popular songs he is choosing to cover is definitely working very well on social media.

He opened his YouTube channel in June 2020, within a few months he has nearly hit 1 million views across all his videos! I’m sure we will be seeing a lot more from this insanely talented musician in the very near future!

Below is a video from Sam’s Facebook page where he performs “Set You Free” (N-Trance Cover). This video perfectly shows the contrast between Sam’s powerful voice and his more delicate delivery.

Only love can set you free. Tag your boo and share the love ✌🏼❤️