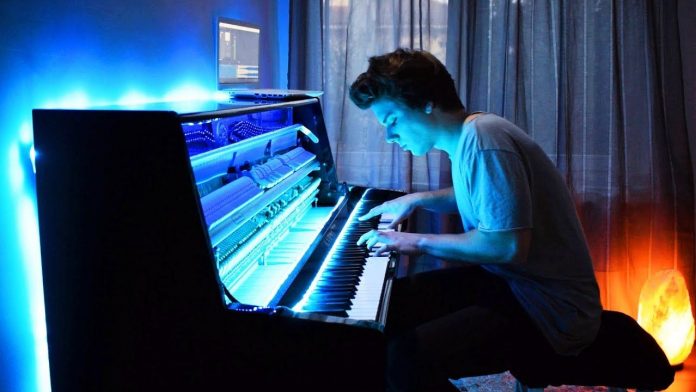 This wonderful piano player is called Peter Buka. He records videos of himself playing piano covers of popular songs such as Tones and I’s “Dance Monkey”, Imagine Dragons’ “Believer” and “that song from Frozen” called “Let it Go”.

He started his YouTube channel on the 11th of February 2016. As of today, (16/05/2020) he has amassed over 96 million video views on his channel and over a million subscribers. His covers capture the wonderful melodies you may have missed in highly produced pop songs. Peter also plays with such confidence and style it will bring a smile to your face when he starts improvising.

The Hungarian pianist has been featured on large Facebook pages such as “Radio One Lebanon”, “9GAG”, and “Viral Thread” where his work was well-received by all their audiences. After his social media videos had gone viral, Peter’s following grew exponentially and since then he has been playing to a large audience, of his own followers, across the world!

Along with his brilliant talents, he also records some very professional videos of his performances at home. With perfect lighting and interesting camera pans throughout his videos, watching Peter play is a great way to immerse yourself in popular music from a piano aspect.

Signed to his own record label, “Piano Covers – Peter Buka”, peter has released one album called “Piano Covers, Vol 1”. We can’t wait to hear the second volume and watch more videos from this very talented pianist.