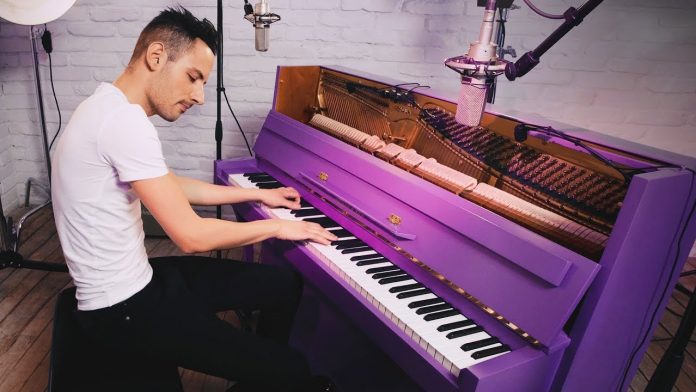 To say Peter’s videos are just merely “Piano Covers” is an understatement. His videos are incredibly complex musically and visually, keeping you engaged all the way to the end. He has created arrangements of popular songs such as Daddy Yankee’s “Despacito” and Tones and I’s “Dance Monkey” many of which have received millions of views. The video below is his most viewed video to date, his organisation and performance skill is simply next level.

Peter opened his YouTube channel in 2014 and has since gained over 145 million views across all of his videos. After watching any of his work you probably won’t be surprised to hear that Peter holds a master’s from the Berklee College of Music for “Master of Arts in Film and Electronic Production & Design”.

Peter also held a Guinness World Record between January 2012 and March 2017 for the most piano keys to be hit in 1 minute, Peter hit 765 keys in 1 minute. His record was broken by Domingos-Antonio Gomes who hit the piano keys a staggering 824 times in one minute.

Peter began his musical journey at the age of 7. He was heavily influenced by classic composers such as Mozart and Chopin and he had already released his first album at 11 years old called “Green music”. He was quickly recognised by his family, school teachers, and peers as a musical prodigy. Before he had even left primary school he was accepted by Franz Liszt University of Music in Debrecen, Hungary.

As Peter grew up he started to gain an interest in film music and especially in John Williams who influenced his musical journey greatly and allowed Peter to explore a new world of music. Peter continued his music training in Hungary before moving to the United States to study film scoring and piano major at Berklee Music College.

His biggest influence throughout his studying years was Michael Jackson. His piano cover of Micheal Jackson’s “Bad”, also one of his first uploads in 2015, gained huge support from his fast-growing fan base quickly receiving millions of views.