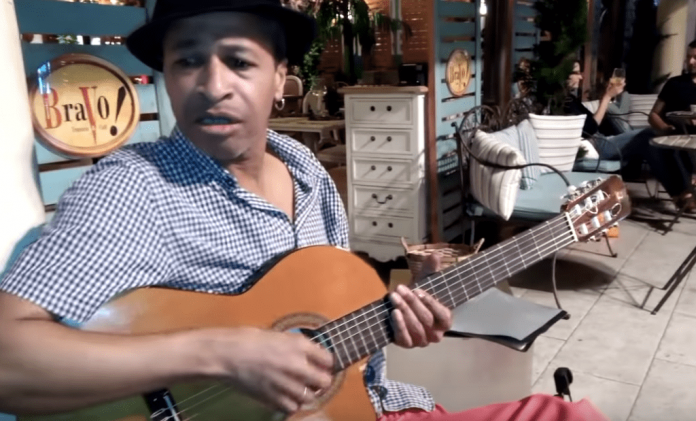 Most musicians and guitar freaks are aware of the name ‘Naudo Rodriguez’. He is one of the best guitarists in the world and is loved by many.

Naudo started learning to play the guitar at the age of five. He came from a family of musicians, but never attended any musical schools. He is completely self-taught. Tenerife is where he most recently has been performing with some holidaymakers reporting he still plays at the Monkey Bravo bar/restaurant in Playa de las Americas. You’ll quickly see why this man is regarded as one of the best, lesser-known, guitarists in the world. In this awesome cover, Naudo is playing the bass, rhythm and lead guitar all in one covering Michael Jackson’s “Billie Jean”.

With limited information being published about the musician, some people have been wondering if he is still playing in Tenerife. Some holidaymakers on TripAdvisor’s forums said, “We have so missed his music there, it’s the highlight of our holiday to sit and listen to him play.”

His talents are very impressive and completely mesmerising to watch, it’s no wonder people are missing him on their holidays. The video below is of Naudo playing the Bee Gees classic “Staying Alive” in the Bravo bar.

Back in 1982, he had a number 1 in the Brazillian music charts with an album called “Vento Norte” which he released with the Karetas Group. After his Brazilian no.1 Naudo and his brother, also a musician, went to London. They lived there for two years promoting Afro-Brazilian music before moving to Tenerife in 1993.

If anyone has been to Tenerife recently and seen this man playing, please let us know and comment with any other information you have about him. He is a real musician, with real talent and it’s a shame there isn’t more information about him online. Watch the video below of Naudo’s cover of “Eye of the Tiger”.