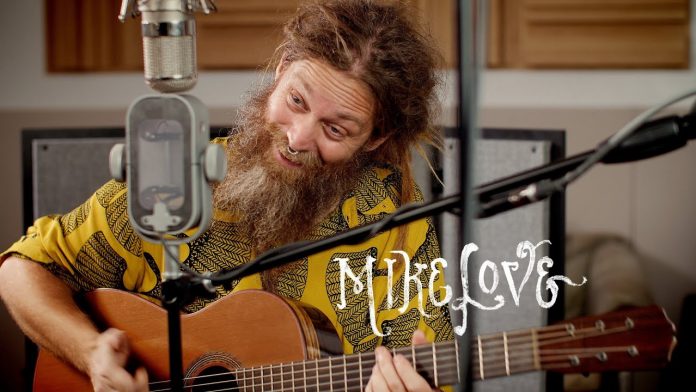 Here is Mike Love, a wonderfully talented musician who comes from Oahu, Hawaii. The American reggae musician and singer gained success in 2014 after releasing a record called “Jah Will Never Leave I Alone” which reached number 3 on Billboard’s Reggae chart.

Mike is an incredible reggae artist providing an authentic sound in a world of digitally produced music. His looks, style, technique, and songwriting all scream reggae, which is why he is gaining such a great following for his music. In the video underneath, Mike plays a live version of his own original song called, “Babylon Control”. Using a loop pedal and an array of guitar effects strapped to his pedalboard, he creates an awesome one-man-band reggae vibe!

Mike’s musical journey really started to grow after he teamed up with some other local musicians. Mike along with Tavana, Brad Watanabe, and drummer Sam “Ites” Gonsalves formed the band Melodious Solutions, which really helped Mike shape his musical vision.

Mike grew up on the island of O’ahu, Hawai’i. Growing up on an island with so much inspirational scenery played a massive part in Mike’s musical growth. He was also surrounded by talented musical influences including his father and grandfather who taught inspired him to play. Forming a deep connection with the natural world, Mike is a spiritually down to earth musician who showcases his roots and passion through his music. In the below video, Mike performs live on stage ‘I Love You’ and ‘Permanent Holiday’. The video was shot in 2016 at Poland’s Woodstock festival.

Mike has formed a “super-band” consisting of handpicked professional musicians, selected from the best musicians he’s worked with during his career. The super-band is called “Mike Love and the Full Circle. The band is touring and bringing Mike’s music to the stages it deserves to be seen on. Mike created his YouTube channel on the 8th of June, 2013. Since then, he has received more than 8 million views across all of his channel’s videos.

This is Mike’s first official music video released for his track called “These Are My Roots”. The song featured on the album “Cali Roots Riddim 2020” which was produced by Collie Buddz.