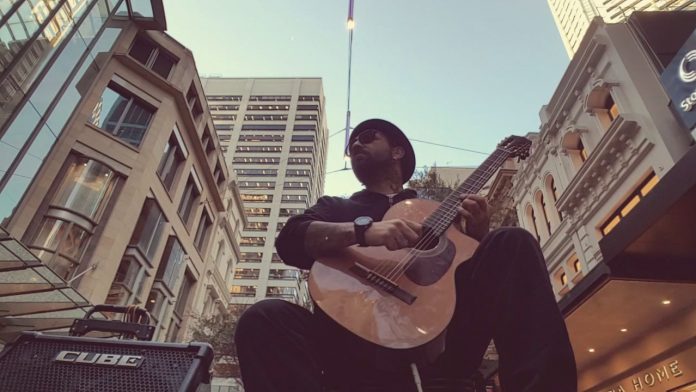 Professional guitarist Martin Campos is an artist from Chile. He plays the guitar with accuracy and flow. Often seen busking playing beautifully crafted rifts over a backing track, martin draws crowds where ever he is playing.

Martin had the unfortunate even of becoming a victim of a robbery of over $400 dollars whilst he was busking. The guitarist was streaming a live video of his performance in Sydney’s Pitt Street Mall in Australia.

An 18-year-old man was charged with the offence. Martin reacted quickly when the 18 year old stole his taking from an open guitar case which was only about a meter away from the Chilean.

Not a nice experience for anyone, but Martin continues to spread his music far and wide and still performs drawing crowds with his melodic guitar playing style. Check out the incredible skills on display from Martin Campos in the video below.

We showcased a video of Martin on the streets of Sydney, playing “Hotel California” making his Nylon string guitar sing the main chorus and verses. This is Hotel California like you’ve never heard it before. He was featured on The Music Man’s Facebook page towards the end of February 2019 and received over 13k views, 190 shares and reached 40,000 people! 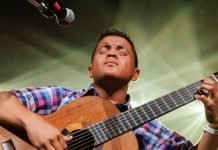 Mezerg – The EDM One Man Band