This puppet doesn’t need much introduction as I am sure you’re aware of who Freddie Mercury is? If you aren’t, he was the lead singer of Queen, one of the biggest Rock and Roll bands in history! The looks and performance of this puppet is uncanny!

Freddie’s creative puppet masters are called ‘Periplo Marionetas Puppet Makers’, seen in the video entertaining a crowd at Plaza Oriental in Madrid, Spain. Periplo Marionetas is made up from two people called Diana Romero and Andrés Maturana. They are designers, builders and manipulators of all of their wonderful puppets and the stories they perform with them. The puppet masters, Diana and Andres, haven’t always been in this industry. Before making puppets, one was a journalist and the other an architect.

After practicing in the streets of Barcelona, the two started their adventure into the world of puppets. This doesn’t just involve making high quality, functional puppets. Studying movement and realism in the process of performance and construction is all necessary to achieve the style Diana and Andres have created.

Check out this awesome video of Freddie Mercury side by side with Rami Malek from the 2018 movie Bohemian Rhapsody! 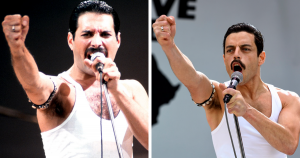 Their goal is to “humbly achieve the global work as Wagner aspired”.

The idea for their journey was inspired by a man called Robert Wilson, a renowned theater director and visual artist. They want to make their audience feel inside a visual and immersive experience whilst being perplexed by the beauty of what they’re seeing. 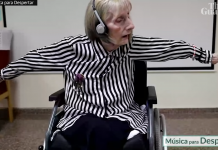