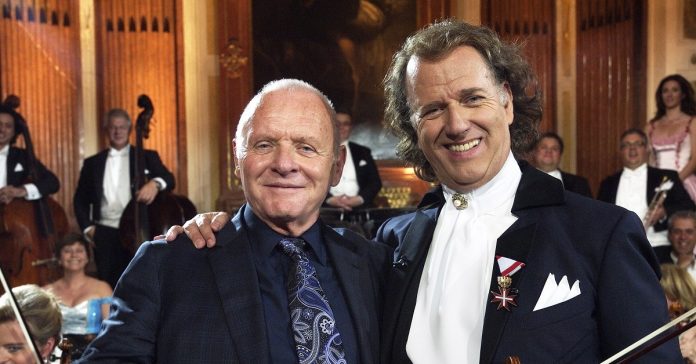 Just watch and see the joy and happiness on Sir Anthony Hopkins’ face as he sits in the audience along with his wife Stella watching the great André Rieu’s orchestra play his brilliant composition “And the Waltz Goes On” ‘live’ in Maastricht, Netherlands.

Sir Anthony wrote this waltz fifty years ago but wasn’t at all confident about it being played. You’ll see by the audience’s reaction that his fears were unfounded. A massive round of applause at the end showed clearly what the audience thought of the performance! This is a very special piece of music composed by a very special artist.

Sir Anthony is not only a brilliant actor, director and film producer having received 5 academy awards nominations (‘Silence Of The Lambs’ being one he won in 1992) but also a wonderfully talented composer of music and also a very talented musician also!

Sir Anthony has also been involved with many charities and appeals over the years including those for the homeless and gave £1 million of the £3 million needed to to help National Trusts Snowdonia appeal in their effort to purchase parts of Snowden in his beloved Wales.

Richard Attenborough who directed 5 of Sir Anthony’s films said he believed him to be the greatest actor of his generation. A massive compliment indeed and well deserved!

The world-renowned André Rieu and his wonderful orchestra did a wonderful job of bringing to life Sir Anthony’s fantastic composition and his brilliant Violin accompaniment was the icing on the cake! It makes one wonder what Sir Anthony might have achieved musically had he not chose acting for a career. A very special man indeed! 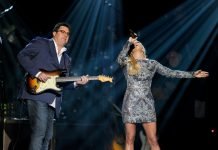