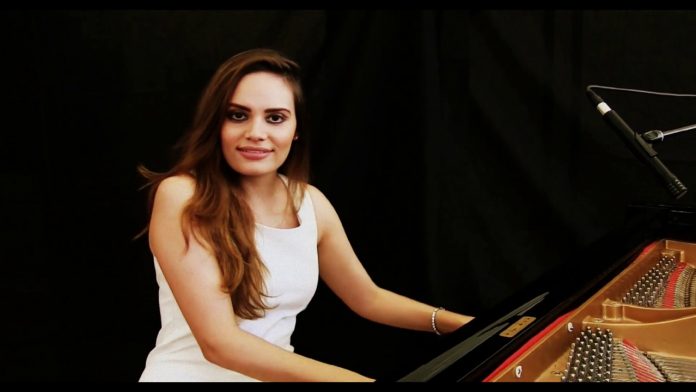 Ladyva is a Swiss pianist born on December 8th, 1988 in Bern, Switzerland. At just 14 years old, Ladyva began her musical journey playing the piano. Her style was influenced heavily by the music of the great boogie-woogie masters from the past.

At 16 years old, playing alongside her brother Pascal Silva, she had her first live public performance. Since then she has appeared on numerous TV shows in Switzerland, such as Heitere Zofingen Festival, ZDF Fernsehgarten, Glanz und Gloria and many more.

In 2014, Ladyva performed at several boogie-woogie style festivals around Germany. As her name grew and people throughout the boogie-woogie fan circles started following her, she started receiving invites to play at quite prestigious events.

She was invited to play at Jerry Lee Lewis’ 80th Birthday/Farewell UK Tour at the London Palladium and the Clyde Auditorium in Glasgow. On the 16th of October 2015, she had a live performance on RTÉ ONE, the most popular and most-watched television channel in Ireland.

Ladyva was invited to perform alongside Axel Zwingenberger, Ben Waters, and Stride pianist Neville Dickie, who are all very well-known performers in the boogie-woogie genre. The high profile event was hosted by Jools Holland in May 2016.

In July that same year, she played at the prestigious “Ascona Jazz Festival”, also known as, “Jazz Ascona”, an annual jazz festival held in Ascona, Switzerland. She was later named as “Best Boogie Woogie Pianist of the Year” at Boisdale, which was also hosted by Jools Holland.