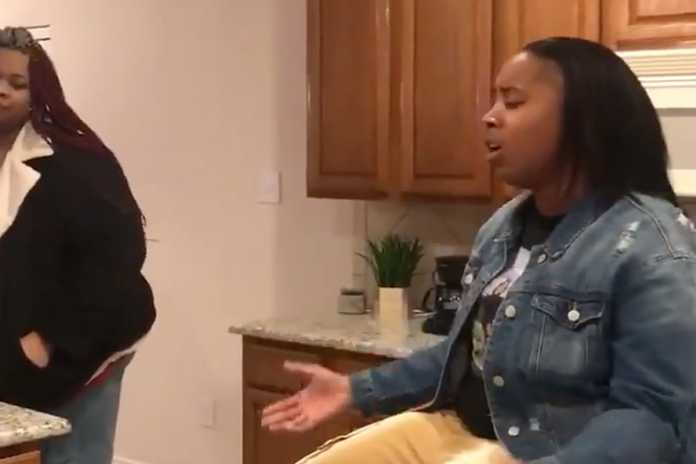 Chris Stapleton’s ‘Tennessee Whiskey’ has been covered by a plethora of people including some major celebrity singers. However, these two women from the USA have produced an awesome impromptu performance of this classic number which could rival them all!

Kourtney White posted a video of herself beside her cousin Kenyetta Gray singing casually in the kitchen. Little did the country singers known that their rendition would “blow up”! Within the first week of it’s upload, the video had received over 13 million views with thousands of comments from new adoring fans across the world.

They were completely shocked at the response their video received from the public when they uploaded it to social media. They were singing for fun in their kitchen and never expected the song to get this much attention.

Both Kourtney and Kenyetta are gospel singers. You can tell they’re anything but amateur singers from this wonderful performance. The power and control over Kourtney’s opening vocals get the cover off to an incredible start, only to be lifted to another level when Kenyetta’s harmonies join in during the chorus.

The video was such a success the duo had the song recorded properly and their version is now available on all major streaming platforms. You can see listen to it in the video below.

You can also buy this recording directly from Amazon by clicking here. Two very talented ladies from the USA. You can see more from them on their social media accounts or on YouTube.