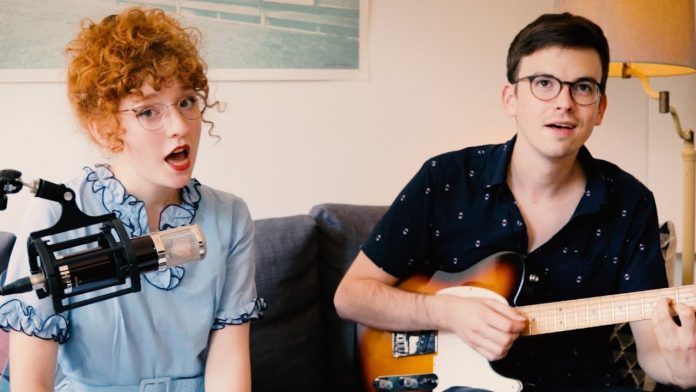 Josh Turner is a fantastic guitarist from the USA. Based in Brooklyn, a borough of New York City, Josh records videos for his YouTube channel performing alongside a variety of musicians harmonizing, jamming and creating brilliant music.

His channel has amassed over 100 million views since he opened his account in 2007. He has recorded many collaborations with other talented artists which has been key to his huge success across social media. His ability to play many different styles has developed after learning to play multiple instruments and genres such as much-loved bluegrass music.

Josh was raised in North Carolina and started to play folk music at the age of 15. After playing in teenage bands he opened his YouTube channel where he began his musical journey through collaborations with talented artists which later lead to his discovery by a New York based music manager.

Being a multi-talented multi-instrumentalist, Josh can play the piano, banjo, ukulele, guitar, mandolin, fiddle, luth, and mouth organ (harmonica). He doesn’t just play these instruments, he plays them exceptionally well as you can see in his videos.

He has grown an adoring fan base for his musical talents and his music is helping people through life as explained in a beautiful comment left on one of his videos,

“Hello, Josh. My name is Harold Watson and I reside in a retirement community in Silver Spring, Maryland, just outside of Washington, DC. I am 69 years old, have no living family, and am in very poor health, having had six operations in less than the past two years…Josh, I am living under a great deal of uncertainty these days and don’t really know what my future holds. I just wanted you to know how much joy and contentment your songs and music have brought into my life during a very difficult period, my favorite being “I Can’t Help Falling in Love with You, that you performed with two very lovely and talented young ladies!”.

“I basically spend all of my free time playing music, making videos, or arranging for the acapella group I sing with on-campus”.

Living in North Carolina added an extra string to Josh’s bow in regards to musical variety. He said,

“Living in North Carolina had a pretty big musical impact on me – I’m not sure I ever would have started playing Bluegrass music if I hadn’t lived in a state where it was so popular,”.

Josh is a wonderfully gifted and hard-working musician with a passion which he showcases in every single performance he does. If you would like to see more from this awesome musician subscribe to his YouTube channel or follow him on Facebook to keep up-to-date with his work.