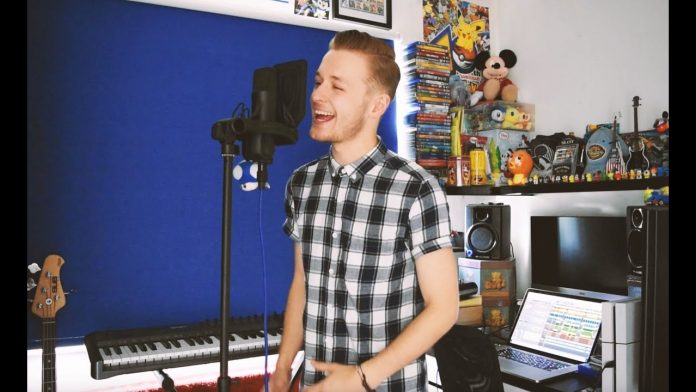 Jordan Rabjohn is a singer-songwriter from Sheffield, UK. He has been recording videos of himself singing and uploading the videos to Facebook and YouTube.

Jordan recorded the video below with his mother, Katherine Hallam. The family duo covered “Rise Up” by American singer, songwriter, and actress, Andra Day. Their awesome performance has been viewed by millions around the world after they gained considerable success on social media.

Jordan expresses on his YouTube channel, “As you may or may not know my Mum is a better singer than me.” The Music Man isn’t sure who is better, but they’re clearly both great vocalists, with a lot of talent. Wanting to prove to his audience that his mother was a great singer, he got her involved in some of his cover videos.

The video below is another cover of Jordan and his mother singing “A Whole New World” from Aladdin. The video is quickly approaching 1 million views with many of Jordan’s fans falling in love with his mother’s voice.

This isn’t Jordan’s first appearance in the limelight. In 2017, Jordan performed on the televised auditions for The X Factor where he entertained the judges with his confident personality.

The judges, which included The X Factor founder Simon Cowell, were impressed with his catchy original song and punchy performance.

Jordan has the gift of the gab, at least according to Sharon Osbourne. This makes sense after he explained to the judges he was a phone salesman. Selling his talents and providing a back story to his inspiration for writing the song he performed made him likable and overall he walked away producing a pretty good audition.

Jordan is a brilliant performer with incredible enthusiasm. He produced an equally upbeat video for the song he performed during his X-Factor audition.