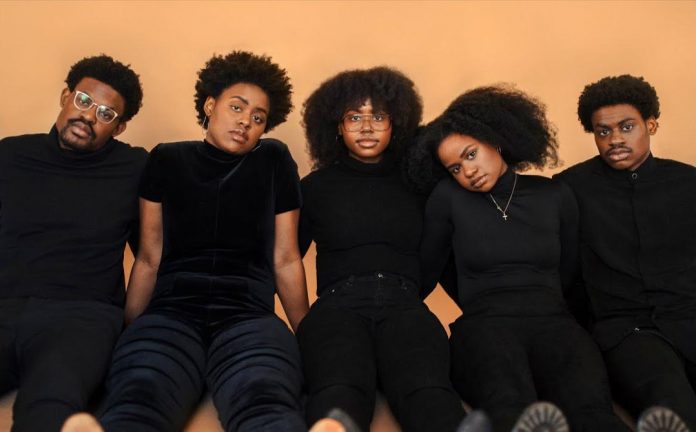 Infinity’s Song is led by three siblings Abraham, Victory, and Angel Boyd. They were often joined by other family members for certain performances, adding rich complex harmonies and other beautiful vocal dynamics. This rotating line up ended up becoming fixed when Israel and Thalia Mosaia joined the group.

The musically gifted family created the group in response to the rising demand for more acoustic music from a younger generation. The aim was to provide young adults with uplifting music created by real musicians with real live performances.

The family has been engaged in multiple different groups over the years, all centered around their family’s musical talents. “Peace Industry Music Group” used to be called “Boyd’s for Praise”, who featured in a documentary called “Walk Away Renée”, by French filmmaker Jonathan Caouette.

The family received high accolades from the Wall Street Journal on December 2011 who were quoted saying, “The richness and beauty of their sound stopped me in my tracks. I’m not especially fond of street musicians…but this is how good Mr. Boyd and his group were when I returned to listen to them last week.”

Since 2016, Infinity’s song has been uploading their video performances to YouTube and Facebook continuing to spread the talents of quite an exceptional young family.

This is a very dynamic group of performers with a long history of incredibly passionate performances.

Here is another brilliant acoustic cover from the band, this time singing ‘What’s Going On?’. No backing music, just their instruments, voices and talent!