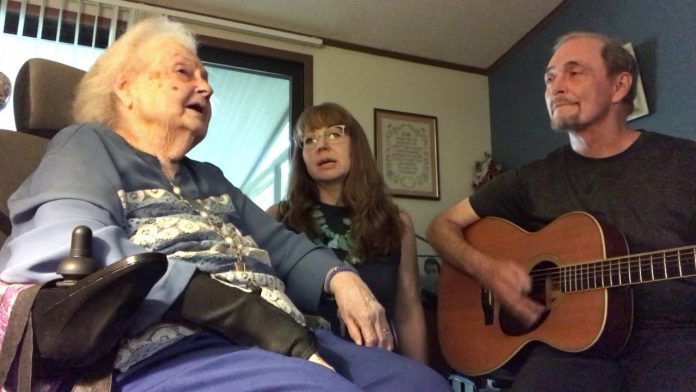 Gary is an excellent guitarist and singer from Memphis, Tennessee, USA. Gary is well known for his time spent playing in The Box Tops. He played alongside musicians such as Jerry Butler, Billy Lee Riley, Hank Ballard, and Ace Cannon at the Sounds of Memphis Studio and later at Universal Studios also in Memphis.

After building a strong reputation with The Box Tops, Gary pursued a career in a larger musical market in Atlanta. He went there in 1972 and toured with musicians such as Pat Boone, Tennessee Ernie Ford, Dobie Gray, Freda Payne, Billy Joe Royal, and many others. You will see in the clip below where Gary gets his brilliant musical talents. Performing alongside his 93-year-old mother, Nita Talley, they sing “One Day At A Time”.

Gary was born on August 17th, 1947 in Memphis, Tennessee, USA. He moved to Nashville in 1981 where he recorded with the likes of Willie Nelson, Tammy Wynette, and many more brilliant musicians. He has written songs that were later recorded by Keith Whitley, The Box Tops, James Cotton, T. G. Sheppard, Fish Heads & Rice and others.

Gary Talley was inducted into the Memphis Music Hall Of Fame on November 1st, 2018 as a founder of The Box Tops. A brilliant achievement for any musician. You can see in the clip underneath Gary plays “His Hand In Mine” once again with his mother and close friend Belinda Lee Leslie.

In 2010, the unfortunate death of The Box Tops’ lead singer Alex Chilton resulted in a 6 year break for the rest of the band including Gary. Gary remained close friends with Bill Cunningham, the group’s original bass player, and they reunited the band and began touring again in 2016. He opened his YouTube channel on the 1st of March 2010. Since he began uploading videos, he has had over 225,000 views across all his videos.

You can see in the clip underneath Gary, Nita & Leslie are performing again. This time they cover “Could I Have This Dance”.