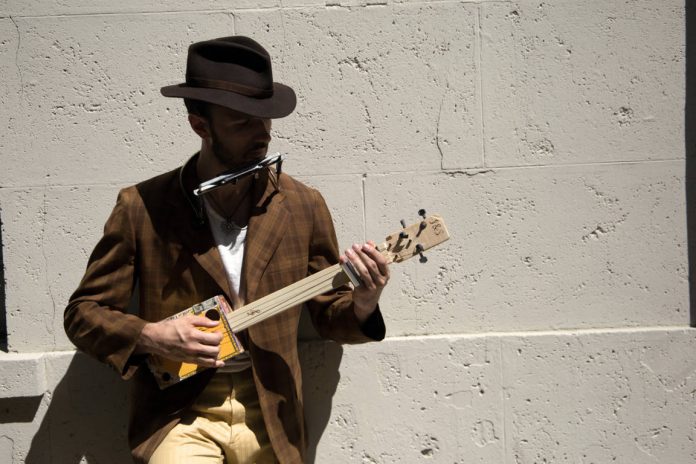 Francesco Alessandrini is a solo act who performs under the stage name “Francesco Il Mercante”.

Born in 1990, he has been developing his musical skills for the last 20 years. He plays multiple instruments including the guitar, harmonica, and broom violin to name a few. Below is a video of Francesco performing a cover of The Verve’s classic “Bitter Sweet Symphony” using multiple instruments and a voice live 3 effects/loop pedal.

Regarding the video above, he told The Music Man, “It’s a video made by a really good friend of mine, I really enjoyed this performance!” We spoke to Francesco about his music, what his musical influences are and learned a little about his history. Below is the full interview with Francesco:

Do you perform publicly?
Yes, I perform in public in many locations across the world. I’m mainly a street performer and one-man band, I really enjoy busking, but I also perform in pubs, theatres, and festivals.

The video above is Francesco’s most popular video on YouTube. The video went viral receiving over 4 million views.

Francesco, can you tell us about your music and your background?
“I play guitar, harmonica percussions and I made my instruments like cigar box guitar and broom violin, I play also musical puppets. In my concerts, I play my own songs and covers in Italian, English, and French, all live, and with a loop station, you can see that on my youtube page! 😉 I play often folk ‘n’ roll music but also blues and rock!”