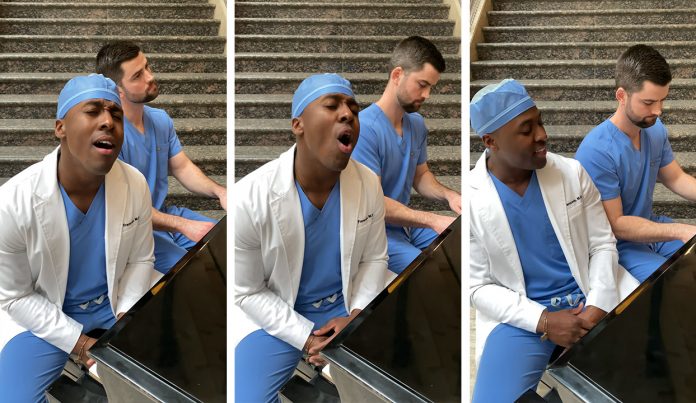 Elvis and William are trainee surgeons and musical sensations based at the Mayo Clinic in Minnesota. Elvis started uploading videos to social media to showcase his brilliant vocals. Recently, alongside his work colleague and pianist, William Robinson, they have been bringing “musical medicine” into people’s lives during the coronavirus pandemic. This message resonated with people around the world, especially during a time where the world is focussing on healthcare in general.

Elvis opened his YouTube channel in April 2018 and has already hit 1 million views across all his videos. In most of his videos, he is performing alongside his doctor colleague William Robinson, who is also a trainee spine surgeon at the Mayo Clinic.

Their performance of “Imagine” received incredible attention across social media. The video was originally uploaded to Instagram where it took off, being watched all around the world. It has now been shared across nearly every social platform due to its popularity.

Their success was more than they bargained for. Within a few weeks of uploading themselves singing they were approached by two people from a record label called Big Machine. The record label wanted to record and release an EP to the public.

The singing surgeon’s goal was to entertain and share love through music during a time when people needed it the most. They agreed to the recording of their debut EP and arranged for all the profits to go into the Center of Disaster Philanthropy COVID-19 Response Fund. Elvis said, “You start to realize that surgery and medication can only go so far, and music really heals and touches people in ways medicine can’t”.

William spoke to ABC News in America and said, “We decided to post it as the quarantine had kinda hit its stride and people were inside and…scared and, if nothing else, stir crazy — looking for some hope and comfort,”

The singing duo were also invited to be on The Ellen Show where during the interview with Ellen DeGeneres they explained they were huge fans of the show – and so are lots of their patients.

This is an incredible story of two talented doctors using alternative medicine during a time of crisis. They reached the masses and provided a source of happiness and entertainment to people across the world.

Recently, the surgeons have both finished their studies at The Mayo Clinic in Minnesota. Dr. Francois will be going to Boston next, and Dr. Robinson to Philadelphia both to continue training. The good news is, they said that they plan to continue to make music together despite being apart. 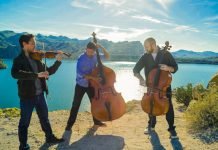