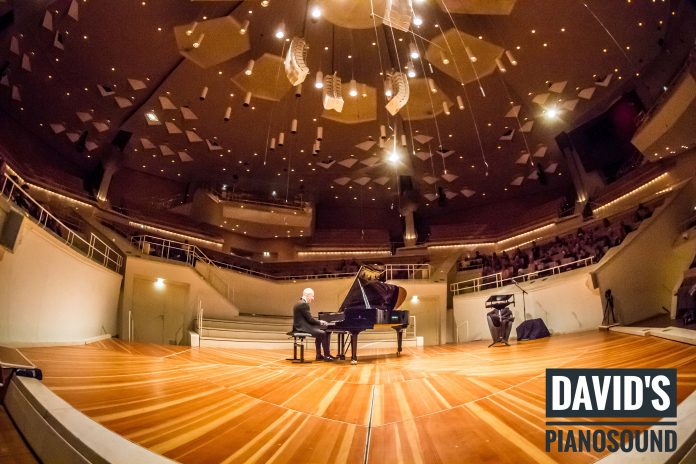 Born in Turin (Italy) on 18 June 1978, I studied classical music for 6 years at the Music School in the “Civic Music Institute of Alba” (Italy) and after that, two years on at A.Vivaldi Conservatory in Alessandria (Italy). I got a jazz course of the year at the Music School in Asti (Italy). I start playing Piano at 14 years old, my full name is Davide Stramaglia and my act name is “David’s Pianosound”.

Both working and studying at the same time, I started exploring different genres such as Rock, Pop, Blues, Latin, Funk and Folk music. Playing in several bands over the years where our performances ranged from pubs to squares of several Northern Italian Cities.

In 2012 I moved to London and got a job in order to learn the language (English). I had to stop playing for 2 years but resumed playing with a different state of mind, starting my new journey. With more experience and musical knowledge, I stated “Composition”.

I resumed playing after losing my job which I had for two and a half years. A little bit lost, away from family and friends in a new world, I spent my savings on a used keyboard and a speaker and started busking on the streets. I wanted to make money doing what I was born to be, playing, composing my music and share it with everyone!

My first album was published in July 2017 at the same time I welcomed my daughter Grace Elizabeth into the world. I called my album “The Birth” relating to the birth of my daughter which was also fitting for the birth of my new career! I then published a second album “The Path” 7 months later. I’m proud to say that my compositions have now been played around the world, getting radio airplay and available to stream & buy worldwide online on the most important platforms; iTunes, Amazon Music, Google, Spotify, Deezer and many others.

Currently I am dedicating my life to composing music, busking in underground stations in London and playing my gigs / concerts.