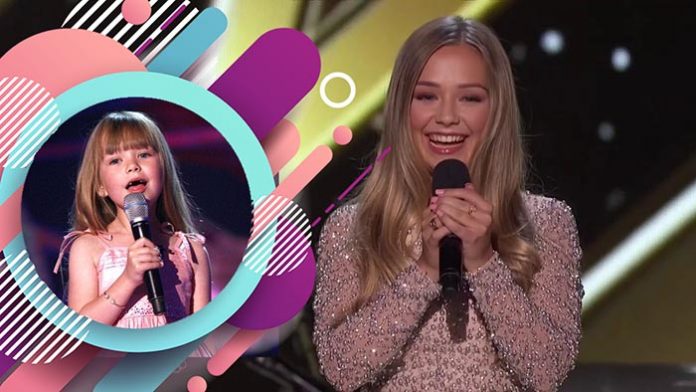 Connie Victoria Elizabeth Talbot goes by the stage name Connie Talbot. She is a British singer-songwriter from Streetly, West Midlands, England. She was one of the first-ever contestants on the UK based talent series Britain’s Got Talent, where she reached the final.

Connie has a very interesting rise to fame, one which is showcased well in the videos below. During her first appearance on Britan’s Got Talent (BGT), she sang “Somewhere Over The Rainbow” completely a capella. She was only 6 years old at the time looking very tiny on a massive stage – before even her front teeth had come through. Connie was born on November 20th, 2000.

After her appearances throughout the first series of BGT, she recorded a cover version of the song that kick-started her music career, “Somewhere Over The Rainbow”. She was signed to a record label known as “The Rainbow Recording Company” to release the cover as a single.

From 6 years old onwards, Connie’s career has seen her release 3 studio albums. Her single of “Somewhere Over The Rainbow” sold 250,000 copies worldwide and reached number one in three countries. In 2019, she was invited to compete in both Britain’s Got Talent – The Champions and in 2020 competed on America’s Got Talent (AGT) – The Champions. The video below shows her on AGT.

Connie has grown from strength to strength since her first performance as a 6-year-old on BGT. By learning to play the piano and writing/recording her own music, she has developed into a simply amazing musician.

She opened her YouTube channel in November 2007, since then she has amassed over 312 million views across all of her videos. You can find Connie’s music on Spotify, across all major social networks, and on her offical website.