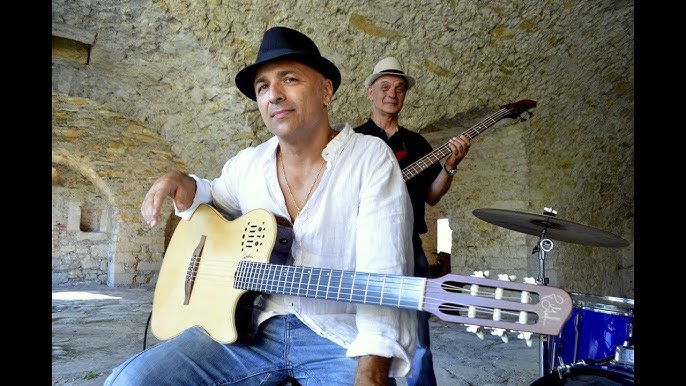 Guitarist Cristian Clemente was born in 1974 in Genova, Italy. Most well-known for his guitar playing, Christian is also a composer and videographer for music videos.

Christian began his musical journey at the age of 13. He opened a YouTube account in 2007 and started uploading videos of himself playing riffs on the guitar. Since then he has covered songs by popular musicians such as Pink Floyd, Michael Jackson, Stevie Wonder, and Pharrell Williams.

Christian has performed many collaborations, mixing his talents with other great musicians showcasing his angelic playing style, which is a pleasure to listen to. He was the winner of “Fabrizio De Andrè memorial” a local prestigious music competition held at the Carlo Felice Theater in Italy. The video below is a cover of the Benny Hill theme song and it’s quite simply awesome!

He now plays a Godin semi-acoustic guitar with incredible technique and passion. In fact, Christian has a large range of guitars including a Yamaha AE 1200, Ibanez JEM7V WH, and a custom Fender Strat amongst others.