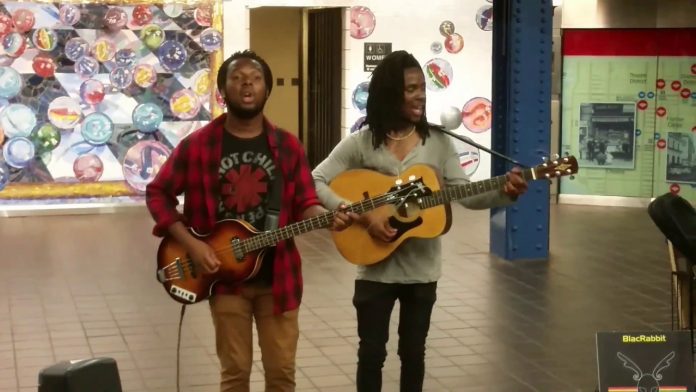 The very talented subway buskers “Black Rabbit” playing ‘Eight days a week’ by the Beatles. Using just the natural reverb from the reflective walls of New York’s subway these guys sound just like the real thing!

Blac Rabbit are a favourite among The Music Man’s music loving audience. The sound they create is like listening to the real thing. The duo play as a Beatles tribute and continue to make their own music alongside their work.

Tell us in the comments what you think of Blac Rabbit? Do you think they sound better or the same as The Beatles themselves? Does that question offend you? 🙂 We want to know.

We featured Blac Rabbit in January the received over 23K views and 250 shares! Their video reached over 65K people!

We love the Beatles and we love Blac Rabbit. See more from this great duo band.