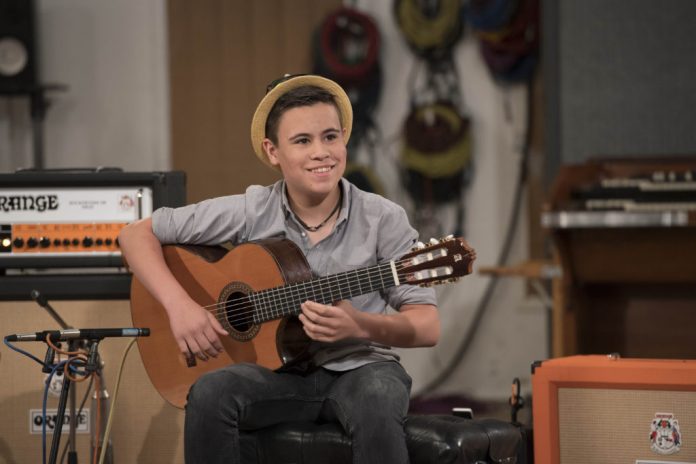 Billy Watman is a superb seventeen yrs.old guitar playing young maestro. He brilliantly plays Anglo-Brazilian classical / flamenco / finger style guitarist. He is very much inspired inspired by great artists such as Tommy Emmanuel, Mike Oldfield, Paco de Lucia and Rodrigo y Gabriela.
His online videos have been seen all over the world, What is quite remarkable is that when he was only twelve years old he had a video shared on one of Rock’s greatest ever bands ‘Queen’ on their ‘official’ Facebook page. How many artistes can say that? Especially at only twelve! Who knows what this young man will acheive! Altogether his videos have attracted over 50 million views. Especially when one considers that he’s already amazed well over sixty million video views! Wow!

Once again here is the oustandingly talented teenager Billy Watman Music this time playing his tribute to Queen. Seen here playing Bohemian Rhapsody brilliantly outside Queens shop in Carnaby street. London. Unfortunately moved on by a security guy shortly after, 'No Buskers Allowed', it seems!Check Billy out: Billy Watman Music

Posted by The Music Man on Saturday, 1 December 2018

‘The Music Man’ was privileged to watch Billy perform ‘live’ at ‘The Acoustic Festival of Britain’ in Uttoxeter, UK in June 2018. He really was sensational and received a well deserved ovation at the end of his performance. Billy has been featured several times on ‘The Music Man’s’ Facebook page with over 235K fans and on each occasion was very well received with great interaction. See the links below. You’ll be glad you did.

Billy is a very personable young man, modest yet very focused on achieving the highest possible standard possible. Therefore he works hard to improve his already impressive skills on a continuing basis. As a result he is continuously searching new and challenging musical opportunities to help him improve his already very impressive performances both recorded and ‘live’. He studies classical Guitar Purcell School of Music in London, a very prestigious school indeed! A great future awaits this talented young man, no doubt about it!