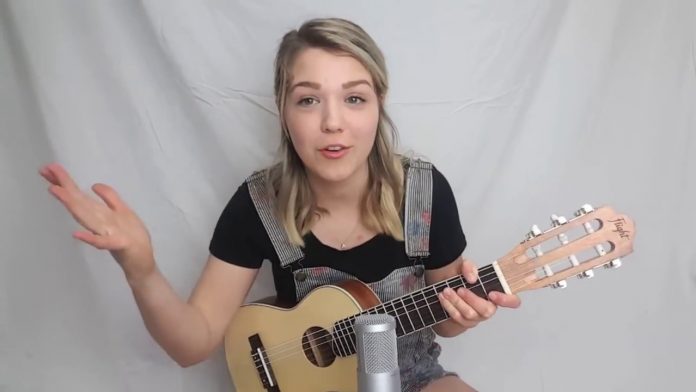 Ariel McCleary is a musician from the USA who has also taught music in schools and online. She has grown a substantial following on YouTube for her high energy music videos.

In 2017, Ariel majored in Integrated Language Arts at Ashland University, a private university in Ashland, Ohio. Ariel is an avid blogger, reader, singer, and music maker. She also has a spark for the theatre, having worked in numerous types of theatre productions from high school plays to well-known plays such as “Greece”.

Ariel is mainly known as a YouTube musician/vlogger. Her ukulele covers of well-known pop songs have gained incredible interest worldwide. She was born in the United States on February 20th, 1995.

She opened her YouTube channel in March 2011. Since then she has racked up over 27 million views across all her videos. Her most viewed video has over 9 million plays.

Ariel is a passionate performer, which you can see throughout all of her YouTube videos, whether it’s singing, acting, or playing the ukulele or piano. She creates entertaining videos that compliment her musical talents, showcasing a brilliant personality alongside her music.

She started playing the ukulele after being inspired by her friend who played the instrument. She uploaded videos of herself covering songs to YouTube to keep track of her progress as she started her musical journey. Little did she know how successful her YouTube channel was going to become.

Ariel has started recording a releasing her own original music. After covering songs on YouTube for so long Ariel said, “Covering other people’s songs taught me a lot about song structures and how chord progressions work, and along the way, I wanted to write my own music,”