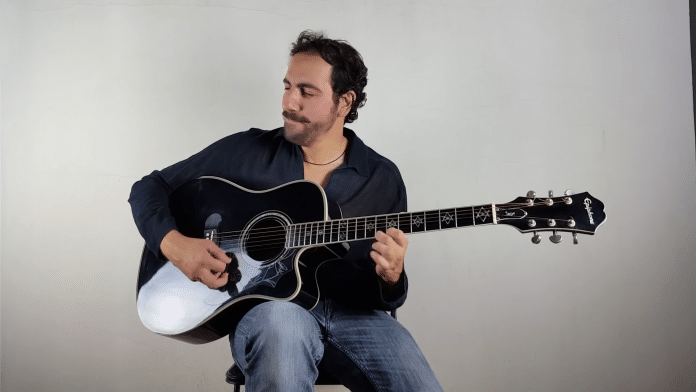 Antonis Simixis is a brilliant guitarist from Rhodes, Greece. He covers well-known pop songs and writes his own original music using an acoustic guitar and a mandolin.

He produces cleverly edited videos of himself playing multiple instruments. He arranges the cover songs, performs and plays all the different instrument parts and edits them all together. Antonis has been playing the guitar since 2009. Before that, he played the mandolin and a Greek traditional instrument called a lute (laouto). The video below has gone viral on The Music Man Facebook page; it’s a great performance of ‘Pulp Fiction’ by Misirlou using an acoustic guitar.

Covering songs such as, “Every Breath You Take” all the way to songs by Dire Straights and REM, we think Antonis deserves much more attention. His technique is on point and his style of play is mesmerising to watch and listen to. The first song Antonis learned on the guitar was a song called “Romance Anónimo”, also known as “The Spanish Romance” which is a classical piece of music.

When asked what Antonis’ favourite song was, he replied,
“Oh, very difficult question. There are too many, but I can say that I am a fan of music from the 80’s.”

In the video below, he plays an Εpiphone Dave Navvaro Signature which is his acoustic guitar, and records the video using his Samsung mobile.

Antonis started playing the guitar after his girlfriend gave him a CD of the American guitarist, ‘Al di Meola’. When he listened to the CD he heard a 50 second solo of him playing the acoustic guitar. Antonis said that 50-second solo changed his life. He turned to his girlfriend and promised, “I will become a guitarist.” Since then, Antonis has developed his skills, still playing the mandolin and becoming a great guitarist. He isn’t just a cover artist, he writes his own music which you can find on his Facebook page and YouTube channel.

In the video below he does a wonderful cover of Jimi Hendrix’s Purple Haze.

If you liked watching Antonis check out his Facebook Page and follow his work for more brilliantly produced and performed videos.

He really is an awesome talent and very creative with his videos. The Music Man loves finding talent like Antonis and, hopefully, we can help him get the recognition his talent deserves. 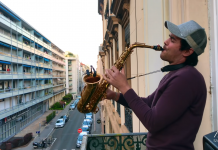 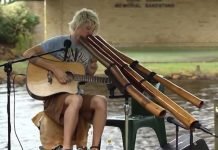 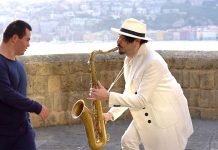 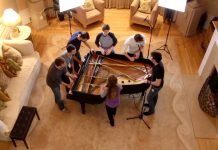 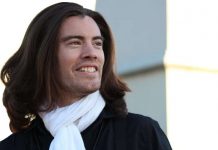