Andy Grammer (Full Name: Andrew Charles Grammer) was born on the 3rd of December 1983. He is a multi-talented songwriter, singer, and producer from the USA.

Andy is featured in a viral video performing with an incredible children’s choir. Performing one of Andy’s songs “Don’t give up on me!” Andy has the help of 65 ten-year-olds from Public School 22 in Staten Island, NY. USA. Gregg Brienberg Gregg Breinberg (PS22 Chorus Director) does a magnificent job every year with these kids.

Currently signed to S-Curve Records he released his debut album called “Andy Grammer” in 2011. His most successful song to date is from his second album “Magazines or Novels” called “Honey, I’m Good” which was released in 2014.

The video above which he performed with the 65 ten-year-old has gone viral many times on social media. Not only is it a heartwarming video, but the song is well written and is musically pretty good. Below you can see the studio version of his song “Don’t Give Up On Me” with a touching video that complements the song brilliantly.

Andy started out as a busker in Santa Monica, a coastal city west of downtown Los Angeles, USA. His favorite place to play was on the Third Street Promenade. It wasn’t until July 2009 that he was discovered and taken on by manager “Ben Singer”.

Another amazing children’s choir called “One Voice” will blow you away with their cover of “Believer”. 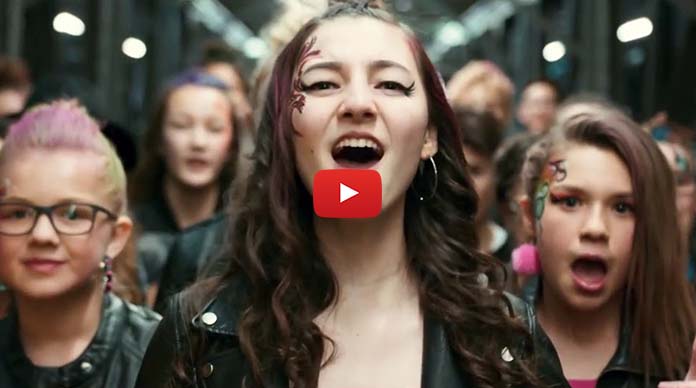