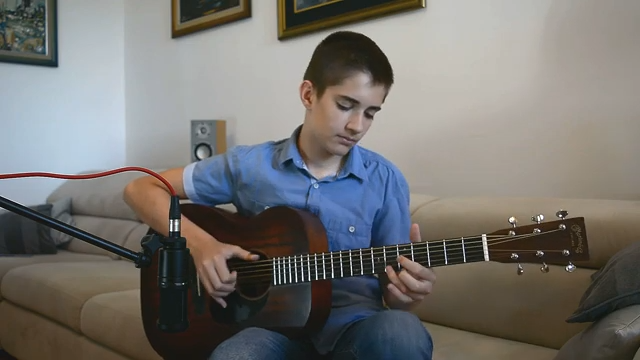 Aleksa Danic is a guitarist from Belgrade in Serbia. He plays covers of popular songs on the guitar creating and arranging his own brilliant instrumentals.

Since a very young age, Aleksa has been perfecting his trade. Not only is he an up and coming internet star, but he also plays his enchanting guitar arrangements live at festivals. He says his music has been influenced by Eric Clapton, Tommy Emmanuel, John Mayer, and Marc Knopfler.

Aleksa was born in 2005, since then he has spent a considerable amount of time practicing and developing his skills. He has been completely engaged with his instrument recently, stating on his YouTube channel, “For me the most important secondary thing is guitar, for now.”

Below Aleksa performs an arrangement of the Queen classic “Bohemian Rhapsody”. He plays using a fingerpicking style which covers all the intricate nuances throughout this very complex song.

He opened his YouTube channel back in 2014. Since then Aleksa has gained nearly 200,000 views across his video uploads. This figure is sure to increase as his videos gain more popularity across the internet.

The Music Man featured Aleksa playing Dire Straights on Facebook. The video was highly praised by music lovers across the world, reaching over half a million people.