The streets of England, Ireland, Wales, Scotland and Northern Ireland have some of the best musical talent in the world. The Music Man has found many awesome buskers over the past 6 years. There are too many to list in one article, but we have put together some of the most entertaining videos of 10 awesome street performers. In no particular order!

Jack Broadbent is an awesome guitarist from Lincolnshire. Born in 1988 and influenced by blues/rock artists such as Neil Young and Joni Mitchell, Jack has developed a unique style that is quite brilliant to watch. The Montreux Jazz Festival said Jack was, “The new master of the slide guitar” and the legendary Bootsy Collins said Jack was, “The real thang”. Accolades don’t come much better than that! Although Jack is not busking anymore and these videos of him playing are old, they’re none the less still absolute gold! Read more about Jack Broadbent.

Tyber and Si Cranston are brothers who performed together under the name “The Dualers” up until 2010. Both brothers were, and still are, brilliant entertainers, singers, and performers. Since they stopped performing together, Tyber has formed his own 9-piece Jamaican Rhythm & Blues band which kept the original name “The Dualers”. Si, since leaving The Dualers, has become a composer and singer of music heavily influenced by 1950s and 1960s Rock and Rhythm and Blues. When performing together, they were some of the best street entertainers the UK had ever seen! Read more about The Dualers.

The “Mega Mega” Rocker Cam Cole is really starting to make a name for himself. Cam is a well-known and highly respected musician who has grown a large following after performing on the streets for many years. Playing his own original music and using his Farmer foot drums to make an awesome full band sound along with his modified acoustic guitar. Read more about Cam Cole.

‘Lewis Ip’ is a brilliant 17-year-old Saxophone musician who plays for free on the streets of Glasgow. He plays lead over backing tracks with beautiful control over his instrument. He doesn’t play with a microphone on his sax, so what you’re hearing is completely raw and it sounds wonderful.

Galway Street Club is a brilliant band formed from buskers from the city of Galway, Ireland. Although they’re from Galway and this is a list of UK buskers, they have busked in London’s Trafalgar Square. They all bring their own unique styles and performance skills, often rotating their lead singer and other parts of their band which keeps each performance “fresh”. They have an uplifting and high energy vibe throughout all their street performances. In the video below they took London’s Trafalgar Square by storm! Read more about Galway Street Club

Lewis Floyd Henry performs on the streets of London and stages of the world as a one-man-band and absolutely brilliant great live act. He has developed his own unique approach to playing the guitar and using foot drums, which he has custom built. Seen in the video below busking on Brickland in London back in 2017 he is a quite exceptional guitarist.

The funkiest bass guitarist, maybe in the world? If you’re needing some funk in your life, don’t call your GP, head off to Newquay and find Dr. Funk busking on the streets. The California born musician performs around the north coast of Cornwall using a loop pedal and a bass guitar, bringing awesome basslines to the locals on the holidaymakers. Read more about Dr. Funk.

A singer-songwriter from Diss, Norfolk is known for busking around the county especially in Norwich. Felix has an amazing vocal range and a wonderful tone to his voice. This performance of him busking in Norwich city center during Christmas 2018 went semi-viral on The Music Man’s Facebook page. He covers The Pogues ‘New York Fairytale’ brilliantly.

Anders Flanderz is a modern version of a retro one-man band. He is from Sweden but has been seen busking in Liverpool city center. With instruments strapped to his back, his arms and his legs, he creates a full band sound whilst walking around, singing, and looking a little bit like a crazy musical genius. Anders has a brilliant personality and has recently been showing up on TV shows impressing audiences worldwide with his unique act. This is a short clip from Anders busking in Liverpool. Read more about Anders Flanderz.

Clanadonia are a drum & pipes band from Scotland with a big, big difference! The passion they showcase through their music embraces their culture, their history and really captures the attention of audiences whenever they perform on the streets. Loved by many across the UK, their ancestral bloodlines are all bonded within their wonderful music. Read more about Clanadonia.

A list of very talented performers who have played on the streets of the UK. There are so many more that deserve mentioning, but unfortunately, we can’t list them all. Please comment and let us know who your favourites are even if they’re not on this list! The Music Man is always searching for more great talent to share with the world! 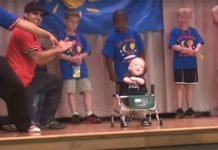 The Incredible Story Of Brendan Baker An Inspiration From Abilene 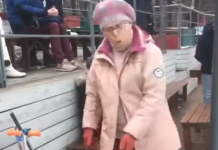